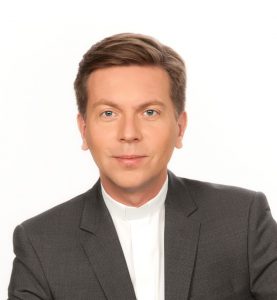 Commander of the Order of the Knights of the Holy Sepulchre of Jerusalem; Spiritual Counsel of the St. George Order of the House of Habsburg-Lorraine; member of the Roman Student Fraternity Capitolina and the KÖL Leopoldina in Vienna. Honorary Professor at the Philosophical-Theological College Benedict XVI. in Heiligenkreuz, graduate of the Strategic Leadership Course of the Austrian Federal Government at the National Defence Academy. Silver medal for services to the Republic of Austria 2015; Highest Decoration of the Province of Burgenland in October 2016; awarded golden mark of merit of the Province of Upper Austria on 29 November 2016 and Tyrolean Eagle Order in gold on 8 November 2018.